A Millennium of Memories: Photos in Flight

The top 500 iconic images from the last thousand years of traveling the stars.

Found amongst the files released as part of Imperator Costigan’s divisive Historical Truth Act of 2941 which declassified millions of pieces of archived data, this image shows the first time Imperial researchers were able to examine one of the new Xi’An scout ships that had recently been eluding border patrols.

The mysterious ship, nicknamed Quark but now known to be a Khartu-al, had been found derelict and pilotless by a naval recon squadron. Taken immediately to an undisclosed bunker for further study, the unnamed scientists seen in the image spent years trying to decipher and understand the damaged technology. 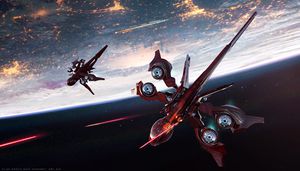 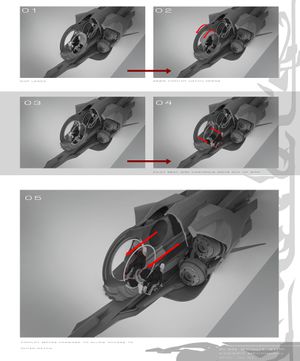 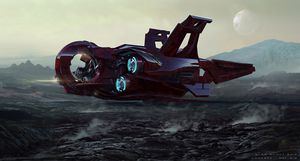 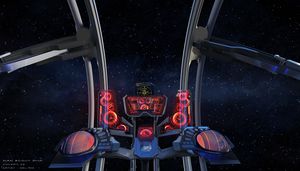 WHAT MAKES THE KHARTU-AL COOL?

The Khartu-al, aka the Xi’An Scout, is our first attempt to make a human-flyable ship that’s TRULY alien. The Khartu doesn’t just look different from the rest of Star Citizen’s armada: it behaves differently, too! With a wide ‘bubble’ cockpit, a unique type of gimbaled thrusters and a silhouette that’s like nothing on Earth, the Khartu is intended as the flagship for our alien tech designers. Future Xi’An ships will be based on the style and the technology we’re currently developing for the Scout… and the player will be able to experience flight and combat in Star Citizen in a uniquely different way. The Khartu is also FAST; we imagine a properly modded version to be an ideal platform for future Murray Cup competitors!

WHERE IS THE KHARTU-AL IN DEVELOPMENT?

The Khartu was concepted by Eddie del Rio, who created both the ship itself and did a great deal of work on how the cockpits shift position during flight and landing. We’ve begun experimenting with the Khartu in the Star Citizen environment, but do not envision having it ready for Arena Commander 1.0. That’s because we’re dedicated to creating a ship that really is different… and to make that happen, we need both the promised thruster system AND a unique alien HUD interface.

In broad strokes, the Khartu-al has evolved from a desire to produce a truly alien ship. More specifically, the vertical look (and even the red skin) were inspired by a ‘temp ship’ model that Chris Roberts purchased for use in Star Citizen’s original concept. The so-called Seahorse ship somehow became a fan favorite, despite the fact that we did not intend to use it in the finished game. The idea of a dedicated scout ship derives from the xenophobic nature of the Xi’An; we decided they would have an extensive system of patrol ships and boarder checkpoints to stop humans from interfering with their territory.

The Khartu is the light attack craft of the Xi’An military. Contrary to Human ship design, the Khartu doesn’t have a traditional main thruster, instead featuring an array of maneuvering thrusters on articulated rigs. This design allows for incredible agility, making them the bane of UEE pilots, who bestowed the nickname ‘Quark’ because when all of the thrusters are firing, the ship looks like a spark flying through space. The Xi’an Aopoa corporation also manufactures an export model, the Khartu-al, for sale to human civilians as a dedicated scout/explorer. The export model features the same Xi’an maneuvering rig, but control surfaces modified for human use and a more limited armament. (Designer: Aopoa)

Do I need to buy a Khartu-al?

NO! Remember: we are offering these pledge ships to help fund Star Citizen’s development and because of player demand. All of these ships will be available for in-game credits in the final universe, and they are not required to start the game. The design goal is to make additional ships available that give players a different experience rather than a particular advantage when the persistent universe launches. Every sale supports expanding Star Citizen’s overall development, but none are required to gain full enjoyment from the game.