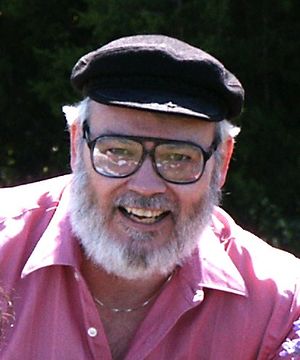 David Ladyman is an editor at Incan Monkey God Studios. He is responsible for putting together the monthly Jump Point for subscribers, plus the brochures for each new ship premiere. He is also responsible for finding and managing freelance authors of the stories that appear in Spectrum Dispatch and Jump Point. And he edits whatever other text that arrives on his desk.[1] He retired as editor of Jump Point with Ben Lesnick as his replacement since issue 06.06.[2]

This article is a stub. You can help the Star Citizen Wiki by expanding it.
Retrieved from "https://starcitizen.tools/index.php?title=David_Ladyman&oldid=110966"
Category:
Hidden categories: