The Anvil A4A Hurricane is a fighting spacecraft that packs a deadly punch into a slight fuselage. The spacecraft compensates for its lack of creature comforts with its powerful armament: six ballistic guns capable of blasting their way through nearly anything. Hurricane pilots have yet to find an enemy shield they can't knock down.[1]

The Hurricane is fast, but not nimble, and is designed to charge in to threatened areas before rushing back out to regroup. It is a close- to mid-range ship, similar to the Gladius. It is designed to work with other fighters and support ships rather than for long-range patrols. A small power plant, zero cargo space, and weak shields and hull emphasize its role as a fragile attack ship; relying on the raw speed of its engine and the hull-busting power of its guns to protect itself.

The Hurricane features a powerful quad-gun turret in its centre, allowing for a gunner to support the pilot with accurate fire as well as other multi-crew features like radar and missile locks; leaving the pilot free to focus on maneuvering the fragile ship. Both the pilot and gunner will have ejection seats to protect themselves if the ship is critically damaged.[2]

The Hurricane was designed as a "Zoom and Boom" fighter; unloading its full complement of guns at a target in an attack run before flying away at high speed to reload, recharge, and avoid return fire. In groups, the Hurricane favours using alternative waves of attack runs, with counterattacks facing the full crossfire of multiple Hurricanes.[2]

Ballistic weapons will likely be the primary loadout for the Hurricane; it simply does not have the power output to maintain energy weapons in addition to its shields and thrusters. Missiles round out the default loadout, which can be used to finish off a crippled ship from the initial attack run.

The Hurricane was originally developed in 2607, during the Second Tevarin War, by Casse Aerospace. It was specifically designed to destroy Tevarin ships as quickly as possible the moment their phalanx shields failed. The Casse Hurricane suffered some setbacks during the testing phase. Though pilots liked the power-to-weight ratio and the extra punch its quad-turret offered, the high degree of coordination needed between the pilot and gunner had a very steep learning curve. Because of this, the Hurricane didn’t enter active combat until 2609. While they were used to devastating effect in a few instrumental actions, the war ended shortly after their deployment in 2610. Although it was effective during the war, it soon fell out of favor and was quickly decommissioned after 2615. [3][4]

During the second major Vanduul incursion in 2871, a UEE report showed that the longer a human pilot was engaged in combat with the Vanduul, the less likely they were to survive. In response, the UEE Navy requested new concepts for an alpha strike fighter that had enough "focused firepower" to quickly destroy Vanduul fighters. Anvil Aerospace redeveloped the aging Hurricane design in order to quickly produce a fighter that the Navy needed. The updated design still bore all the hallmarks of Casse’s original, but with the addition of Anvil’s proven conflict expertise. The result was a game changer for the war effort, and in 2878 new wings of Hurricane were being deployed by the Navy on the front-lines.[4]

During the The Fall of Caliban, the Hurricane proved to be very effective in clearing out Vanduul fighter wings, allowing many civilian convoys to evacuate safely from the Caliban system. It's success against the Vanduul have made it a key component of both the UEE Navy and Marine fleets. [3]

Although the Hurricane was only produced for the UEE Military until 2947, several pirate groups have stolen them since their Anvil redesign. Most prominently, the Argul Dawn and the Otoni Syndicate have used them very effectively to ambush and disabled cargo convoys. The Argul Dawn was so efficient with their Hurricane wings that the Advocacy launched several high-risk raids against the Argul Dawns headquarters at Echo Eleven. [3]

Even though it is one of the oldest ship designs still flying, Anvil brought it to the civilian market in 2947. 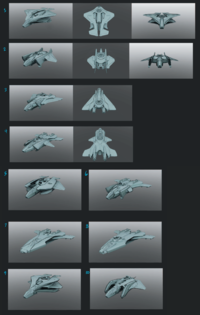 Early concept sketches of the Hurricane

Originally the Hurricane was an option in the poll for the third starter ship[5] but it lost to the Reliant. The concept was subsequently changed to a heavier fighter that offers dogfighting-focused pilots a ship that relies strongly on firepower at the expense of armor. The Hurricane's concept is designed by Justin Wentz (Concept Artist), and Paul Jones (Art Director).[2][6][7] It was officically revealed in 2017-02-25 in the 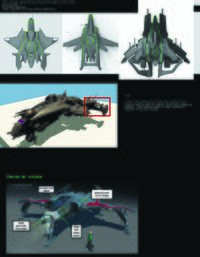 Comparison between the shapes of Hurricane concept and Hornet, Gladiator, and F8 Lightning 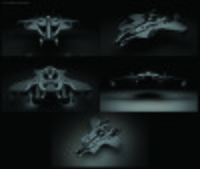 The approved concept 1st pass of the Anvil Hurricane 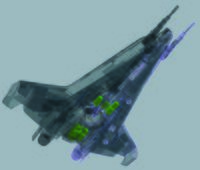 The component distribution of the Anvil Hurricane

The early UI concept of the Anvil Hurricane