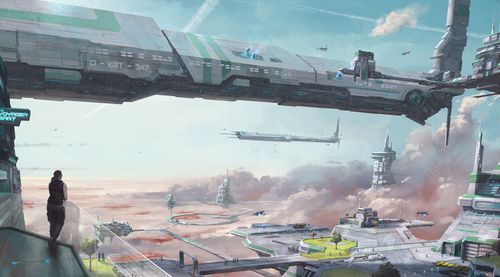 Ship manufacturers are the companies and organizations that research, design, build, and maintain starships. These ships are sold to civilians, Citizens and the military in various forms and variants. Each manufacturer has a style and goal that shapes the ships they design; from Drake Interplanetary's rough-and-tumble design to MISC's rugged reliability.

Beyond simply building ships, ship manufacturers often push the boundaries of technologu with advanced research and testing. RSI's Atmo-Processor was the first large-scale terraformer, followed by the Zeus, the first short-range explorer ship available for public purchase. Each of these inventions advanced humanity's technology towards stellar expansion.

In recent years, there has been a general trend of demilitarizing ships for use by Citizens and milita for protection from threats, such as the Vanduul. The UEE's Militia Mobilization Initiative has made ships such as the Polaris corvette available for general purchase.