Ascension Astro is a high-end stealth ship component manufacturer. The company used to be a high-end exclusive company that targets the ultra-wealthy, it has transitioned to the mass over time.

The company was founded in 2901 by the childhood friends Kaitlyn Barwick, Candace Cowley and Tim Kraft. Barwick worked for her father's repair shop. She married Kraft and restructured her father's business with the help of Cowley, who worked before in an Origin Jumpworks dealership. Cowley was fired by Origin after redirecting customers to Barwick's and Kraft's repair shop. The three invented a modification to reduce the IR and EM signature of ship thrusters.

Ascension Astro started off as a boutique specialty company; selling high-end, low IR thrusters to wealthy clients who wanted to fly their luxury ships while avoiding the eyes of greedy pirates. As good as their thrusters were at being low-sig, the effect was often ruined when the engines or shielding made by other manufacturers would be screaming the ship presence. Slowly, Ascension began expanding their line to include a whole suite of components that, when working in conjunction, would provide an extremely low profile and a safer journey.[1]

Ascension is known for its unconventional marketing strategy.

Their first storefront was opened in 2901, New York, Earth. Customers needed an appointment to visit the store. The company underdelivered its high-priced products and avoided direct marketing. Instead, it focused on paid media coverage of Cowley's social interactions with the high-class. A second store was opened on Terra in 2903 and Cowley gave a "controversial" interview to the Terra Gazette. Then she disappeared from the public eye, marking the turning point in the company's strategy.

The production capacity was increased and the appointment-only strategy was dropped. More stores were opened and the company began to run regular ads. Cowley appeared back on screen in 2908. 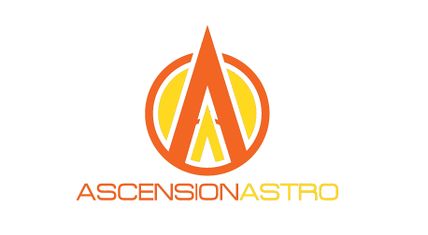