To the youth of today, Caliban has always been a Vanduul system. They don’t remember it as home to millions of Humans, but only as a place where Vanduul harvesters chew through worlds we were forced to abandon. Still, everyone has heard the stories of the Fall of Caliban in 2884. The frantic planet-wide evacuation. The panic-stricken public making matters only worse. Events that so shocked the Empire, many will always remember where they were when they first heard the news of the system’s loss.

Almost overnight, 500 years of Human history was gone. Now, the lives of those who occupied Crion exist only in historical records and the memories of those few who survived. For many today, this one tragic moment defines the system, yet Caliban is so much more. Its vibrant and tumultuous history dates all the way back to . . . well, we don’t precisely know.

In 2341, hauler Ashley Ghan sold the location of the Caliban System to the UNE. Ghan was on a supply run in Nul when an outlaw pack sprang a trap. Overmatched and under fire, Ghan quickly spooled her quantum drive and jumped. While running scans to make sure she wasn’t being pursued, she discovered an anomaly that ultimately turned out to be the jump point that took her to a new system.

In an instant, Ghan became an Empire-wide hero. Caliban, named after Ghan’s father, was only the sixth system discovered by Humanity. Yet despite offers to discuss her discovery with luminaries from the scientific community and capitalize on endorsement deals, Ghan quietly collected her reward and then disappeared.

When UNE pathfinders charted the system a shocking discovery was made. A Human structure already existed on Caliban 4f, a moon of Caliban IV. Even though the building was poorly constructed, its location was expertly selected. Inside were crates of precious ores that would have required painstaking excavation, along with other clues leading experts to believe that it had been there for years.

News of previous Human activity in the system incited skeptics to call Ghan’s story into question. Dozens of people came forward to claim it was their shack, and thus their names should be added to the history books and money added to their accounts. Yet none had the jump data to prove it. Conflicting rumors swirled, with some claiming Ghan betrayed her former pirate crew, while others believed she was an elite infoagent cashing out and changing careers.

Eventually, Ghan came forward for an exclusive interview with Lynn Gale. Viewer traffic to watch the live event was so intense it crashed a number of older networks around the Empire. Though demand was high, the interview did little to resolve the controversy. Awkward in an obviously rehearsed way, Ghan stuck to her story and denied being anything but lucky. For her, the discovery was apparently a blessing that had become a curse.

Public interest gradually abated, and attempts to uncover the shack’s history were unsuccessful. Still, Humanity’s first mysterious imprint on the system was not forgotten. All official government paperwork lists 2341 as the first recorded jump into Caliban, and “Unknown” appears next to its discovery date.

Following the system’s (re)discovery, the UNE immediately set to terraforming Crion (Caliban II). The public interest in the system was overwhelming, so once the planet was cleared for habitation, it wasn’t long before millions called it home. Life was normal in Caliban until February 18, 2617, when the large jump point connecting it to Nul collapsed. Thankfully the system still had a stable connection to Oberon and wasn’t isolated from the universe. Eventually, a small jump point reformed between Caliban and Nul, and has been there ever since.

Still, the incident shocked and scared many residents. Crion’s population steadily decreased for decades as some worried the system would suffer the same fate as Oretani. The ominous event cast a pall over the system, but no one could have imagined the horrors to come. In 2681, the Vanduul arrived on Caliban’s doorstep.

The attacks initially began as small raiding parties, but as time went on, skirmish after skirmish built to a final battle of a scale unseen again till the recent Battle of Vega. On July 7, 2884, a Vanduul clan lead by a massive Kingship slipped by sensor beacons and entered the system. The attack was swift and ruthless. Despite the Navy’s|Navy best efforts to defend the system from the ruthless invaders and the brave heroics of the men and women of the fabled ‘Lost Squad,’ in the end, Humanity had no choice but to retreat in the face of overwhelming force. The system has been under Vanduul control ever since.

Humanity ripped out the resources of this small, coreless world to help construct Crion. Now, even the Vanduul pay it no mind.

Crion is a small, rocky world ideally situated in the green band of Caliban’s G-type, main sequence star. It was quickly terraformed and populated by adventurous souls looking to live on the edge of the known universe. Boro, its capital, became a haven for explorers probing the Empire’s western front. In 2599, travel writer Shasta Wagner described Boro as having “a cosmopolitan appearance, but a strong frontier spirit.”

Political activism within the system increased with the Vanduul threat. Many residents believed the Messer regime was intentionally withholding military resources from the system, as the occasional attack only reinforced the UEE’s need for a strong, militaristic leader. Yet even after the Messers were deposed, Navy presence and sensor beacons seemed woefully lacking, which some claim set the stage for the horrific attack on the system.

Now, Crion stands as a shattered skeleton of its former self. Vast swaths of land have been harvested by passing Vanduul Clans, who enter the system and drop their horrific machines to the surface. As they continue to consume former cities and the land itself to rebuild their fleet, experts say it will only be a matter of time till all traces of Humanity are wiped clean.

Caliban III is a desert planet that was initially deemed unworthy of terraforming. However, by the mid-29th century, technology had advanced enough to make it possible. The planet was in the process of becoming Human habitable when the Vanduul attacked.

Today, the terraforming machinery has crashed into the planet’s surface, and the world is reverting to its original state. With a little hindsight, many wish the credits spent terraforming this world would have instead gone to defending the system.

Resources abounded in this asteroid belt before the Vanduul overran the system. Now, experts fear the Vanduul may have picked it clean for their own purposes.

Silicate and iron swirl through the atmosphere of this gas giant, providing the planet its stunning grey-green color.

This protoplanet lacks an atmosphere, but must contain resources the Vanduul value. Recent scan drones have spotted them strip mining this craggy rock.

Heard In The Wind

"I have studied Hell. I have exhaustively researched every manifestation of the place as depicted throughout Humanity’s history and I would rather live in any of those than see Caliban."
Malcolm Wallace, Theologian/Philosopher, 2914

"With the amount of drama this whole thing has caused me, I’m starting to think I might’ve been better off if I’d gone and lived in a shed."
Ashley Ghan, interview excerpt from One and All with Lynn Gale, 2343 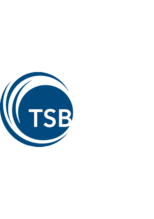 With the constant threat of Vanduul attack, Galactic Guide does not recommend anyone travel to the Caliban system and intends this guide for entertainment purposes only

Retrieved from "https://starcitizen.tools/index.php?title=Comm-Link:Galactic_Guide_-_Caliban_System&oldid=162366"
🍪 We use cookies to keep session information and analytics to provide you a better experience.