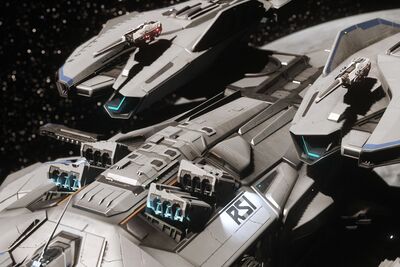 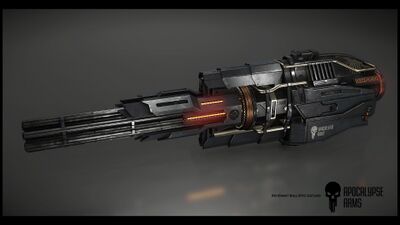 Weapons are the "teeth" of any ship seeking to attack others or defend themselves in the galaxy. A wide variety of weapons are available to pilots, each serving a different purpose. From traditional ballistic cannons, to hull-busting Torpedoes, starship pilots can wield an impressive array of firepower. The current weapon systems in Star Citizen, are ballistic weapon systems, energy weapon systems, and torpedoes / missiles.

Ballistic weapons fire a solid or explosive projectile at a high speed, using the ship's limited store of ammunition. Ballistic weapons penetrate some percentage of enemy shields, somewhere between 20% to 60% depending on the shield, and deal the remaining damage directly to the hull. These projectile weapons do not use any energy and generate minimal to zero heat and signature on firing, but require ammunition to fire. The projectiles are generally slower than energy projectiles but can travel farther without loss of efficacy, and the rapid-firing types are ideal for point defense against missiles and torpedoes. 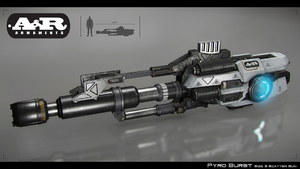 Lasers focus light through lens arrays into a maser bottle. From there they are used to create neutron guns, masers, plasma, or other energy types to damage both shields and ships. The shield systems take damage from energy systems and once the shields are temporarily depleted, the energy weapons starts melting the targeted ship. Energy weapons generate a large amount of electromagnetic radiation, which can be exploited by a target ship's electronic warfare systems to return fire. The ease of fitting, supplying, and employing these weapons makes them a mainstay of any ship expecting to survive in prolonged combat.

Distortion weapons are a unique derivative of energy weapons that inflict intense electrical discharges rather than thermal damage. Though they cannot harm hull integrity, these weapons are highly effective at depleting shields (including shield faces adjacent to the struck face) and, upon impacting unshielded hull, will degrade the ship's power systems and component performance, eventually leading to a complete power plant outage under sustained fire. Thus, distortion weapons enable a ship to be disabled without destroying it, and law enforcement officers, bounty hunters, and pirates routinely fit them to help seize vessels.

Within distortion weapons, there are: 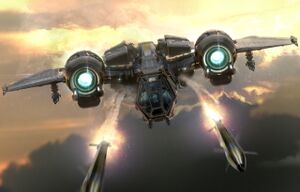 Buccaneer firing its payload of missiles 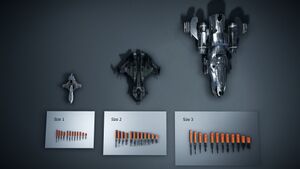 Retrieved from "https://starcitizen.tools/index.php?title=Ship_weapons&oldid=197284#Missiles"
🍪 We use cookies to keep session information and analytics to provide you a better experience.