"Mining presents players with a variety of challenges requiring skill and intelligence, whereas the mindless repetition of a task and idle drudgery are explicitly avoided. There are no aspects of mining that allow a player to simply press a button and wait without concern for a result, or that require players to perform an action repeatedly without some element of thought and/or dexterity coming into play.

Ample amounts of dangerous situations are afforded, despite the fact that combat isn’t inherent in any fundamental aspect of the effort. The most valuable materials will often reside deep within a dense field, the result of less experienced pilots being unable to extricate them without suffering serious damage to their ship. Compressed pockets of gas, volatile materials that can explode in the presence of excessive energy (which is required in some capacity in order to liberate the ore from its parent asteroid), and elements that can explode when subjected to seismic vibrations as caused by repeated fragmentation operations all present their own unique types of jeopardy. While most miners will seek to actively avoid armed conflict, the reality is that any ship carrying a cargo of valuable ore will present a tempting target to less scrupulous types, rewarding those players that formulate contingency plans in advance, whether that be the hiring of an NPC crew member extremely talented with a defense turret, or investing a portion of the expected profits into hiring an armed escort or two.

Finally, multiple roles of substance are presented, each of which is referred to as a specialist. Every role can occupy the full attention of a player and present sufficient challenge to keep them engaged, or assigned to an NPC whose skills are commensurate with their monthly cost."[1]

The first step to any mining expedition is having the necessary equipment to mine. Most players embarking on such expedition often use a dedicated mining vessel for significant returns. However, players can begin their mining experience using the Pyro RYT Multi-tool by Greycat with an OreBit Mining attachment which is a more affordable option in combination with the MacFlex 'Rucksack' Core for increased carrying capacity. Combining the Multi-tool along with a mining vessel will provide an even greater return.

Mining vessels can be rented for a fee using aUEC. 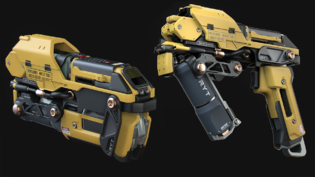 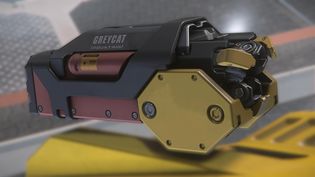 Once players have the necessary gear, it's time to determine what mineral is currently in demand or yields a good enough profit margin for the player.

Located in Area 18 at ArcCorp, the Trade and Development Division (TDD) is the epicenter to find this information. Once a satisfactory location is determined by the player, they're off to their expedition.

Note: The TDD is currently not complete as of Alpha 3.8.1.

Note: The TDD can be visited for commodity trading only.

Now the nitty-gritty begins. Once the player arrives at their location of choice, the first stage of a four-stage process begins in order to mine successfully which includes: Prospecting, Fracturing, Extraction, and Refinement.

Prospecting is the first step to any mining operation that requires the discovery of minerals to occur. Using a ship's dedicated scanner, a mining crew would search by "pinging" the area for any mineral deposits. If sub-surface mining, this stage is done without the use of any equipment other than a miners' observation and knowledge of harvestable minerals. Once a mineral deposit has been discovered, a further in-depth scan is done to determine the composition of the deposit. Once minerals are confirmed and merited, the next stage begins.

In order to activate the search, press and hold the 'right mouse button' and the charging reticle will appear center screen. This determines the strength of your ship's scanner. By releasing the right mouse button when the charge reaches 100% will emit the strongest ping to the surrounding area. However, this significantly increases your ship's signature level which may expose you to other nearby ships. The lower the charge, the lower the strength your scanner will emit and the lower signature level would be shown. 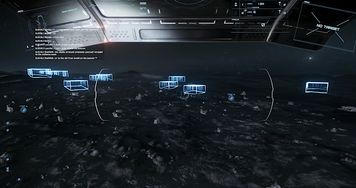 Once your scanner finds a mineral deposit, a large cube-shaped signature would appear on your ship's HUD. The cube size demonstrates the possible area where the mineral deposit lies. The cube's signature will only appear temporarily. By sending additional pings towards the general area will cause the signature to reappear. The closer your ship is to the signature, the more accurate of a location would be returned.

If scanning solely with a hand-tool, large mineral deposits will become significantly difficult to find and impossible to mine due to insufficient energy levels required for a fracture. Small mineral deposits, or 'harvestable minerals', can be distinguished by its colored 'vein-like' features on the rock itself. You can equip your hand-tool by pressing key '4' to bring up your utility weapon. Press and hold the key 'R' will holster your weapon. By pressing your 'right mouse button', you will aim down sights (ADS) of your multi-tool. Direct the sights towards a harvestable mineral and a display status stating 'scanning' will appear. This signifies that your multi-tool is scanning the mineral and once complete, relative information would be displayed.

Tip: It is strongly suggested to use a hand-tool to mine harvestable minerals for which using a ship's mining laser will instantly overcharge small mineral deposits causing an explosion and potential harm to you and/or ship.

B: Scan Progress: Displays how complete the information is given.

Fracturing mineral deposits consist of very dense rock and are often large in mass. Before a rock is able to be extracted, it must first be broken down into smaller fragments. This stage is done by using a dedicated ship's mining laser or hand-tool to emit a powerful laser into the rock to increase its energy level high enough to cause the rock to fracture. This process is very delicate for emitting too high of a laser's energy into the rock will cause an explosion that can seriously harm or cause death to the mining crew. Once the rock is successfully broken into smaller fragments, the next stage can occur. 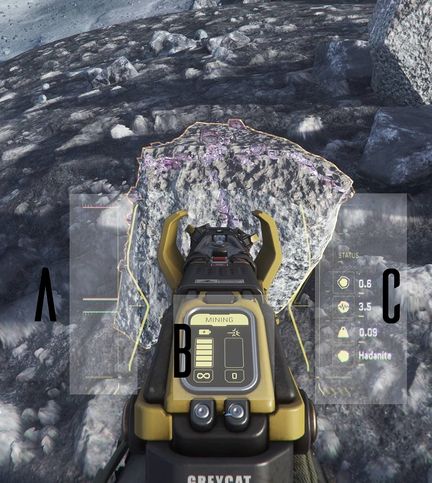 A: Rock Energy Level: The amount of input energy is being emitted from the hand-tool. A white progress bar and arrow will display its current level. Anything below the 'Green zone' is insufficient to fracture the deposit. The 'Green zone' is the optimal power window. If levels are within this zone, a progress bar within the green zone will appear. Once filled, the rock will fracture. If filled with any overcharge level, the rock may explode relative to the amount filled. The 'Red zone' is the rocks 'Overcharge level'. A progress bar within this zone will appear, once filled, the rock may result in an explosion and loss of minerals.

B: Mining Display: The left bar is your hand-tools battery charge. This bar is not yet functional as of Alpha 3.8.1. The right bar is your 'Laser throttle'. A higher level will emit stronger input energy. 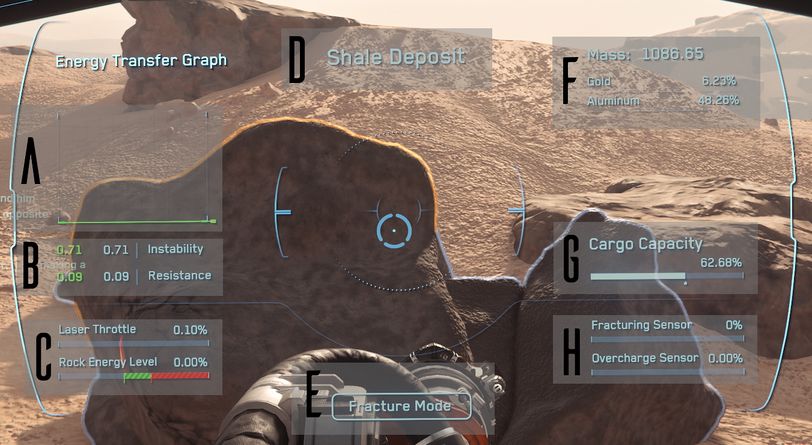 A: Energy Transfer Graph: Displays a line chart of how the rock is reacting to your lasers' input energy.

A high level of instability signifies the rocks' energy level may be volatile. The lower the instability level, the more stable it is.

A high level of resistance signifies the rock's ability to resist your mining lasers' input energy. The lower the resistance, the lower the energy is required.

C: Laser Throttle & Rock Energy Level: The laser throttle displays your current level of input energy that's being emitting from your ship's mining laser. The 'Rock Energy Level' displays how much energy is within the rock. Below the 'Green Zone' is insufficient energy. The 'Green Zone' is your optimal range for a successful rock fracture. The 'Red Zone' is the rocks overcharge zone, being within this range will cause mineral loss and possible explosion.

E: Mode: This displays what mode your laser is currently in.

F: Rock Information: The 'Mass' signifies the rock's mass size followed by the rock's mineral composition. The percentages will not always add to 100%, the unaccounted percentage is the rocks 'inert material'.

G: Cargo Capacity: This displays your ship's mineral storage capacity. Extracting minerals past 100% will be rejected to prevent damage.

Extraction is the process when a mining crew, after a rocks fracture, breaks down the fragments for transport. This is done by using a dedicated ship's extraction beam which will automatically breakdown the fragment and simultaneously moves the rubble to its storage bay. If the FPS mining technique was used, this process is done by simply moving the mineral into a miner's storage compartment. The extract raw minerals are then usually sold after this stage to various landing zones.

If FPS mining, you can simply go into your inner thought by pressing key 'F' and selecting 'Stow' while facing towards your intended mineral. This will stow your item within your personnel inventory.

You can sell your mined minerals to major landing zones for refinement, or refine the minerals onboard your ships integrated refinery if available for greater returns.

For a tutorial on refining, see Guide:Refining.

Refinement is a process which removes impurities and unwanted elements from the extracted rock in order to be sold. This stage is often done by major landing zones but can be done by the mining crew for greater returns using an integrated refinery if available.

You can either sell your raw minerals to be refined at landing zones with a suitable refinery or refine the minerals for greater returns. You can sell raw minerals to these locations:[3]

Information current as of Alpha 3.8.1

Retrieved from "https://starcitizen.tools/index.php?title=Guide:Mining&oldid=184358"
🍪 We use cookies to keep session information and analytics to provide you a better experience.