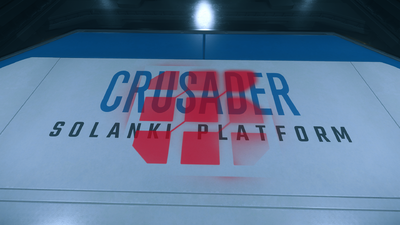 Star Citizen Alpha 3.17.2 is an incremental release adding some AI changes, the Siege of Orison event, and some additional points of interest and missions for players.

It is strongly recommended that players delete their USER and Shader folders for the Public client after patching, particularly if you start encountering any odd character graphical issues or crash on loading. The USER folder can be found (in default installations) at C:\Program Files\Roberts Space Industries\StarCitizen\LIVE. The Shader folders can be found here %localappdata%\Star Citizen.

Added additional points of interest that will be scattered both on planets and in space. These Derelict Reclaimers come with puzzle traversal elements along with multiple legal and illegal mission types which include delivery and FPS combat in and around the crash sites using the new planetary navigation mesh. There are multiple Reclaimer Derelicts in space with three associated delivery, investigation, and mercenary missions. We've also added a new ground-based Derelict Reclaimer site inhabited by NPCs called "Ghost Hollow," which involves delivery, bounty hunter, and mercenary missions.

This system allows NPCs to move on planetary surfaces using a dynamically generated navigation mesh. This will efficiently process planetary terrain and objects to prioritize the processing of the environment around the players into navmesh, allowing the use of all existing functionalities on planets. The first implementation of this feature will be at the Reclaimer and Colonialism Outpost Derelict Points of Interest.

This enables AI ships to land and deliver reinforcements on non-structured ground areas like planetary terrain where a pre-defined landing area and assistance from Air Traffic Control is not available.

New set of delivery missions focusing on illegal cargo. These will be offered by Red Wind Linehaul once the player reaches a high enough reputation with them as a courier. The player will be sent to sketchy, run-down locations like drug labs and stash houses and is tasked with delivering goods between them, some of which may not be legal. The intro mission should be available around Hurston if you have rank 2 courier rep with Red Wind Linehaul. The illegal missions are available outside of Hurston's jurisdiction if you have a high enough Red Wind Linehaul reputation and have completed the intro mission in Hurston. These missions come in 5 different versions, each with a different quantity of cargo and a corresponding monetary and reputation reward given on completion.

Updated existing rest stops to have small and medium hangars.

Added 8 additional, unique rest stop locations with full amenities that include clinics, EZ-Habs, shopping, and services. This update includes both the stations themselves and the surrounding gas clouds for players to explore and mine asteroids.

Updates to Combat Service Beacon Gameplay for a more varied and rewarding experience. This update hooks combat service beacons into Quantum to allow the system to determine when, where, and what difficulty will occur. This brings a range of 10 levels of difficulty to space combat beacons which will start players at low tiers with easier targets and scales up massively as the player gains reputation to include higher difficulty levels with tougher targets, larger payouts, and rare encounters that may require teams of players to take down the target. Updated combat assist beacons to only display on screen notifications to players who are currently in a vehicle.

Food and drinks can now be purchased in multiples using many shop kiosks throughout the universe.

Updating shopping Kiosk with new QoL features. General UI polish pass. Added check functionality to Quick Buy confirmation popup, so that it is now a quick passive popup and requires no interaction. Updated filter section to be multi-line and added a field to support search inputs.

Reduced the reputation requirement to gain the intro hijacked Caterpillar mission. Added an additional new version of the mission around Crusader. Once players have have completed the first in-person mission from Tecia Pacheco directly, they will be able to accept further ones from the mobiGlas while in space near planets.

Tuned the turret velocity and acceleration values, such that the feeling and weight of turrets matches their size, and it doesn’t negatively impact aiming experience.

Made changes to the cargo grid to add a new 4 SCU cargo hold with animated doors that open and allow players to place and store loose cargo. Greatly increased the cargo bay health.

Made many improvements to on-foot AI networking to improve their movements, responses, and reduce rubberbanding.

Retrieved from "https://starcitizen.tools/index.php?title=Update:Star_Citizen_Alpha_3.17.2&oldid=197304"
Category:
Hidden categories:
🍪 We use cookies to keep session information and analytics to provide you a better experience.